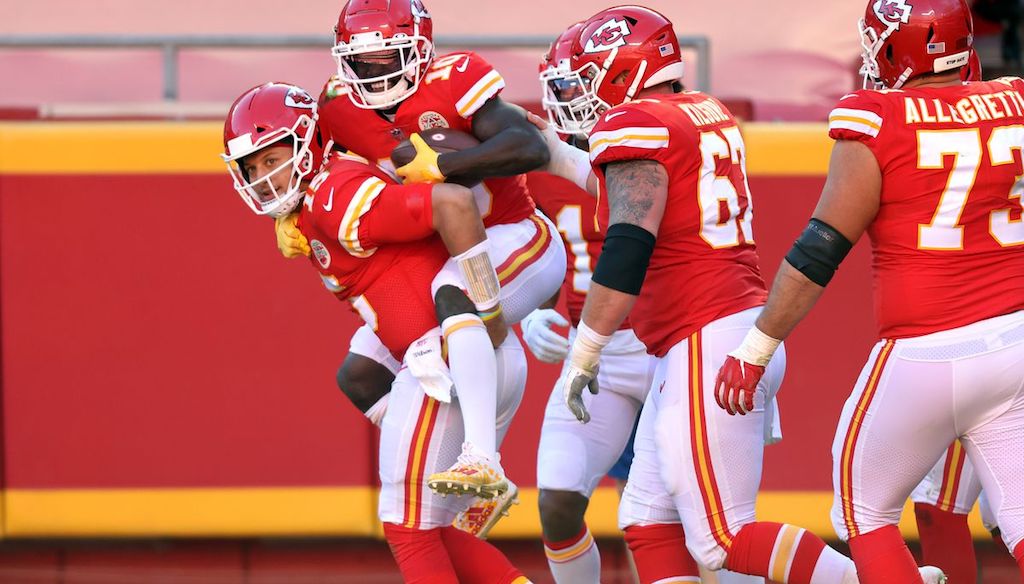 Yes, you might be focused on your NFL wagering options each week, but you have to consider betting 2020 NFL futures. You might examine matchups, injury reports, weather, and which teams are most likely to cover on Sunday. But don’t forget about the major future wagers that remain on the board.

GET THE FULL BETTING EXPERIENCE AT HRWAGER

Some of the most fun NFL bets available across the country are futures bets. Those are where you might find your biggest winners of the season.

The most common futures bet is the winner of the upcoming Super Bowl. We are now at the halfway point of the season, and these are the current favorites to win Super Bowl LV.

The defending champion Chiefs remain the favorite when betting 2020 NFL futures. It’s a spot they’ve occupied since the first odds were posted after the last Super Bowl.

The top favorite in the NFC is Tampa Bay at +650. But keep in mind, no team in the previous 54 Super Bowls has played on its homefield. The Bucs hope to be the first this season.

The NFL’s last remaining unbeaten is Pittsburgh, which is +550 to lift a seventh Lombardi Trophy.

Seeing how we are talking about betting futures, take a look at 2020-21 NBA handicapping.

You can find a futures bet on if Pittsburgh will close out the regular season a perfect 16-0. Those odds are:

The Steelers still have another game with Baltimore and a trip to Buffalo as their toughest remaining games.

There is also one winless team left in the New York Jets. If you want to bet on them finishing 0-16, here are those odds:

The two most likely wins remaining on the schedule for the Jets are their two games with New England. That shows how things have changed for the Patriots.

Editor’s Choice: What is Live Betting and Why it is So Popular

Most of the divisions have become two-team races, with Kansas City the biggest of the favorites at sportsbooks.

New England is at +1150 in the AFC East after last Sunday’s loss to the Bills. Buffalo is the favorite to win its first division title since 1995.