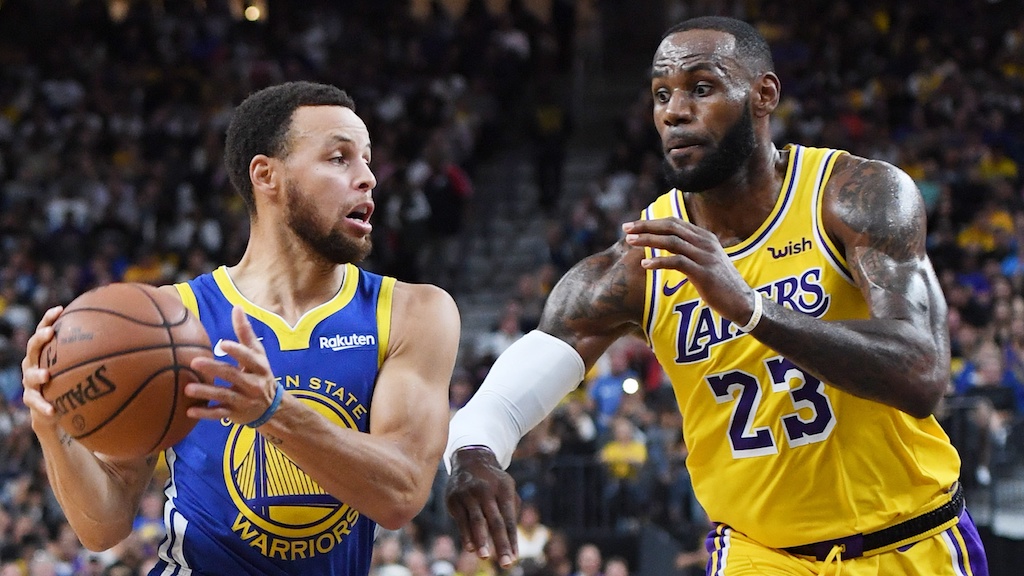 The NBA preseason will begin on Dec. 11, followed by the start of the regular season on Dec. 22. Each team will play 72 games, and the All-Star break will take place March 5-10, halfway through the season.

When the Lakers re-signed forward Anthony Davis to a five-year deal, they solidified themselves as Western Conference favorites. The $190 million deal, along with LeBron James’ contract extension, gives the Lakers a powerful base through the 2023-24 season.

In the East, the Boston Celtics lost forward Gordon Hayward to the Charlotte Hornets and haven’t really replaced him. Kevin Durant and Kyrie Irving return to a Brooklyn Nets team that managed to finish seventh in the East.

Despite a loss in the conference semifinals, the Milwaukee Bucks return as the favorites to win the Eastern Conference and will be a favorite of bettors looking for sports picks. They made some moves to strengthen their roster in the offseason, but the team still revolves around Giannis Antetokounmpo.

The two-time league MVP is due to become an unrestricted free agent following the season. The Bucks want to re-sign him, but the issue could be distracting if they don’t get a deal done. Milwaukee has odds of +230 to get to the NBA Finals.

It’s been a year and a half since Durant last took the floor in an NBA game. He ruptured his right Achilles tendon while with the Golden State Warriors. After signing with the Brooklyn Nets, he sat out the entire 2019-20 season.

Finally paired with Irving, the duo has the Nets at +275 odds to win the Eastern Conference. The All-Star pair leads a strong roster and should give the Bucks a fight if they can stay healthy.

The Celtics have odds of +550 to win the East. They competed without Hayward for much of last season, so adjusting to his departure shouldn’t be a problem. Boston was able to extend forward Jayson Tatum and bring in center Tristan Thompson and guard Jeff Teague.

The obvious favorites are the defending champion Lakers at odds of +140 to get to the Finals. James has led three teams to 10 Finals appearances and four titles. With Davis solidly on board, it doesn’t appear that he’s finished adding to those totals.

As was expected last season, but didn’t materialize, their arena mates will provide the toughest competition. The Clippers bowed out against the Nuggets in the conference semifinals and dismissed head coach Doc Rivers.

Assistant coach Tyronn Lue takes over for Rivers and has the Clippers at +275 odds to win the conference. Lue guided the Cleveland Cavaliers to their only NBA title with James in 2016. The 43-year-old former player inherits a team led by forward Kawhi Leonard and swingman Paul George.

After the two Los Angeles teams, the odds fall off considerably to Dallas and Denver, both at +1100. The Nuggets made an impressive bubble run in Orlando, eventually losing to the Lakers 4-1 in the conference finals. The Mavericks lost to the Clippers in the first round of the playoffs but expect to be back with guard Luka Doncic leading the way.

Before guard Klay Thompson was lost for the season, the Golden State Warriors might have been in the mix. The Warriors are now at +1600 to win the West.