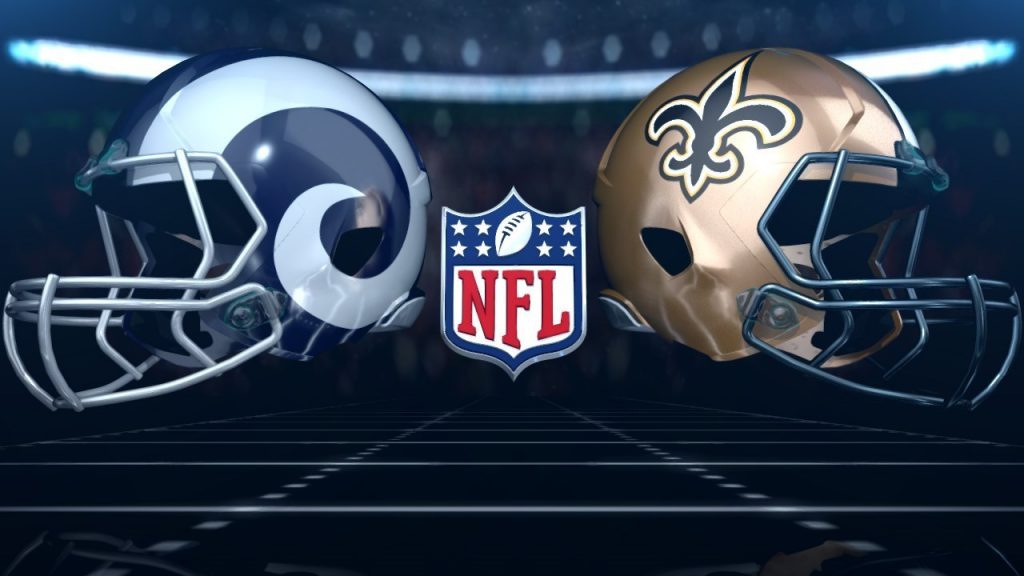 All season long NFL fans have been saying “the Saints and the Rams”. They got their wish; the saints and the Rams are indeed the ones playing on Sunday and vying for a chance to win the next Super Bowl. This game is no doubt going to be everything that it’s been billed to be. Both teams come in having had a stellar year and both come in with a 13-3 record. The Rams are 6-2 on the road, the Saints are 6-2 at home.

The peculiar thing about betting on football is this; the oddsmakers are often not on par with the public. The public may be in love with one direction and the odds makers are the opposite. There are certainly a lot of Saints fans in this good ole USA and there are probably even more Rams fans. After all, the Rams have distinct histories in two different cities, LA and St. Louis. The odds makers have given the Saints the advantage and placed the line at Saints -3.5, with a total of 57.

What we know is this, the Saints must win this game by 4 or more in order for a bettor to win the bet. The Rams have been given the cushion here. Is this a fair assessment? It’s extremely difficult to know. These two play fast, they put up a lot of offense and neither one play particularly great defense. So what’s the best move?

Team props are a great way to end the noise, stop the madness and end the confusion of not knowing where to put your money. This is not only a fun way to bet, it’s a money maker and you can play several team props on the same game. The playoff team props are always expanded to include extras, there are many that come with the playoffs that do not come with the regular season. Let’s take a look at a sampling of the team props that will be available on this game.

This is a sampling of the many options will be available to you in the Rams Vs. Saints game. This form of betting opens up an entirely new world and allows you to have fun for once. Why sweat this entire game knowing that you could lose, and even lose in the last second? Have fun while betting. Why kill yourself with the stress of the spread or the money line?

Both the Saints and the Rams are very good football teams and on any given day, one could beat the other. Who knows what unit shows up? The defense may take center stage and surprise everyone, but that’s highly unlikely. The offense in this game will be the focus. One team outscoring another and with Brees and Goff going head to head, this is going to be fun. There will be a ton of team props that you can win with so be sure to dial up Americas Bookie and find them. Bet them and win with them. Enjoy the NFC Championship Game and good luck.