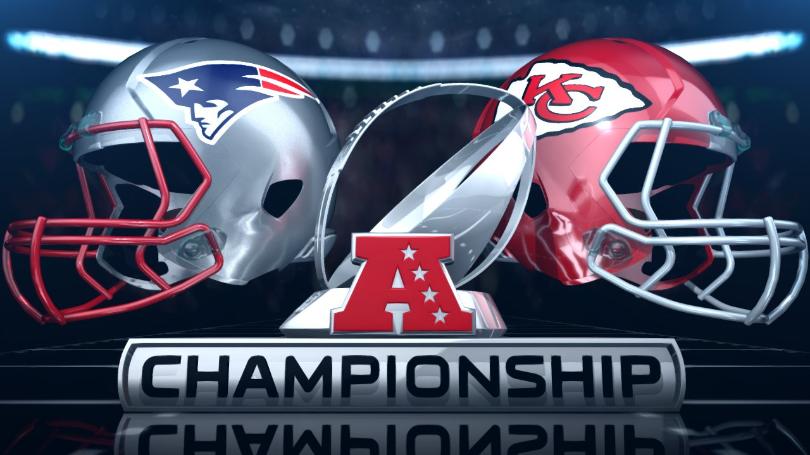 No matter how sports betting fans slice it, this is what they all live for. Games like this don’t come along every day and if you want to bet on what’s bound to be one of the best games all season, then now is the opportunity. This game is going to be fast, it’s going to feature everything that an AFC Championship game should feature because the best two teams in the AFC are still standing and one will move on the Super Bowl.

About the Chiefs—The Chiefs come into this one hot and fired up with a 12-4 record and looking to make their first trip to the Super Bowl since 1970! That’s a long wait. This one is going to be good and finally; the Chiefs just might have the team to pull this off. For the first time in a long time. The Chiefs are favored against the Patriots and for the first time is an even longer time, the Patriots are the underdog going into an AFC Championship game.

When taking a look at the hard numbers above, the Chiefs have had a magnificent year, but the numbers head to head, are underwhelming. Remember, these numbers are an average against their opponents in all 16 regular season games. This is not the Chiefs stat line against the Patriots stat line.

Take a look at the Patriots stat line against the 16 teams they played during the regular season:

About the Patriots—There is nothing to be said! They are the Patriots and they get the job done in the playoffs. They are a football juggernaut, they lose some and everyone hates on them, and in the end, they are right back in the dance. Do they look as good as they have in recent years? Yes! Don’t be fooled. This team has done this year exactly what they have done several years prior. They lose a few they shouldn’t have and then bang the opponent up in the playoffs. Don’t believe it; ask the chargers!

What happens in this one?

Andy Reid is facing the biggest challenge of his career and he will have a great game plan. This game is in Arrowhead and all of the momentum is with the Chiefs. The Colts were not chump change, but they left the building looking like chumps! For our money, -3 looks like a bargain. This could be it for Tom and Bill. Check out Americas Bookie for the updated line and odds. Jump in, have fun and win some money.